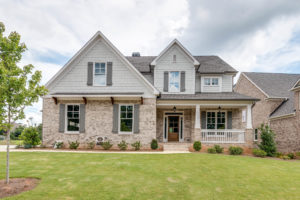 When you brag to your friends about East Cobb being awesome, you can now say a national magazine agrees.

The area was named the top spot to live in Georgia by Money Magazine in its “Best Places to Live in America” list released Monday.

The magazine describes the community: “The unincorporated area administered by the Cobb County government was once dominated by chain restaurants, but it’s now embracing mom-and-pops that will give your taste buds a pleasant surprise — and make the most of the small-town Dixie hospitality.”

Did y’all hear that? “Dixie hospitality.”

Here’s how Money made its decision:

This year’s list included all 823 municipalities with populations between 50,000 and 300,000. Then they sorted through almost 300,000 demographic data points, cutting first the 100 places with the lowest predicted job growth, the 200 communities with the most crime and any place “without a strong sense of ethnic diversity (more than 90 percent of one race),” according to the magazine’s website.

And to correct for “geographical biases,” they limited the list to have no more than four places per state and one per county.

Then comes the footwork.

“Reporters spent time in each town, interviewing residents, checking out neighborhoods and searching for the kinds of intangible factors that aren’t visible in statistics,” the magazine said.

Apparently East Cobb was on its best behavior when reporters came.